Enrolling the Individual and Clarifying Commitments

We use leadership language, tools and practices to transform how people observe their environment, effectively allowing them to see new possibilities and make unprecedented commitments that result in breakthrough performance.

Each engagement is a unique co-creation with our clients and is always about implementation of a client’s vision and commitments.

We view leadership as being about ‘creating the future’ and focus heavily on alignment of individual commitments within context of the client’s organizational environment and business concerns. 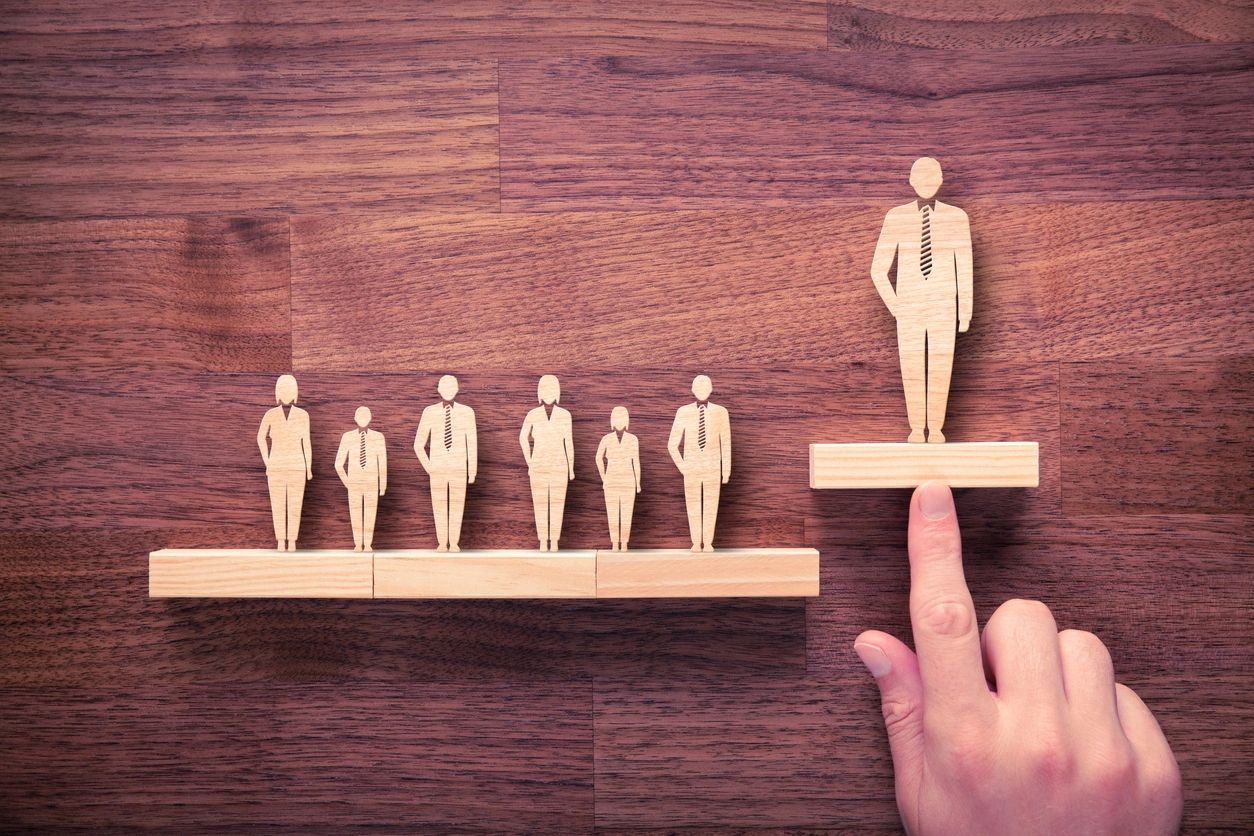 We began developing the philosophy that underlies our approach in the early 1980s, with the culture change work we were doing with Lockheed, at Space Center in Houston, Texas. Our work has expanded worldwide over the last 37 years.

Our approach is based on distinct language to shift how people observe, their thinking (mindset) and their actions (behavior). Our work is explicitly not psychological but is grounded in action based learning and committed speaking and listening (conversations).

We rely on individual commitment combined with building authentic relationship and trust to illicit collective results.

Our body of knowledge and distinctions are grounded in philosophy, neuroscience and linguistics with primary focus on commitment as ‘action-in-language’ as foundational to leadership and change.

Enrolling the Individual and Clarifying Commitments

The Change We Seek Is A Shift In Mindset

From our perspective the change that organizations are seeking is not dependent on people agreeing with our philosophy or compliance with different behavioral expectations.  Success will be 100% function of every individual’s responsibility for and commitment to change. Without this ‘culture will trump strategy’ every time. Resistance causes persistence.

Real success relies on a shift in the individual employee’s mindset. From our perspective for fundamental change to occur, the change in mindset means a “shift in a person’s ground of being” or attitude at a very deep and sustainable level. When this occurs, behaviors and moods change naturally.

People at the very top of the organization must be willing to change how they see the world as well, to transform their own mindset. In this sense, ‘walking the talk’ becomes fundamentally important. 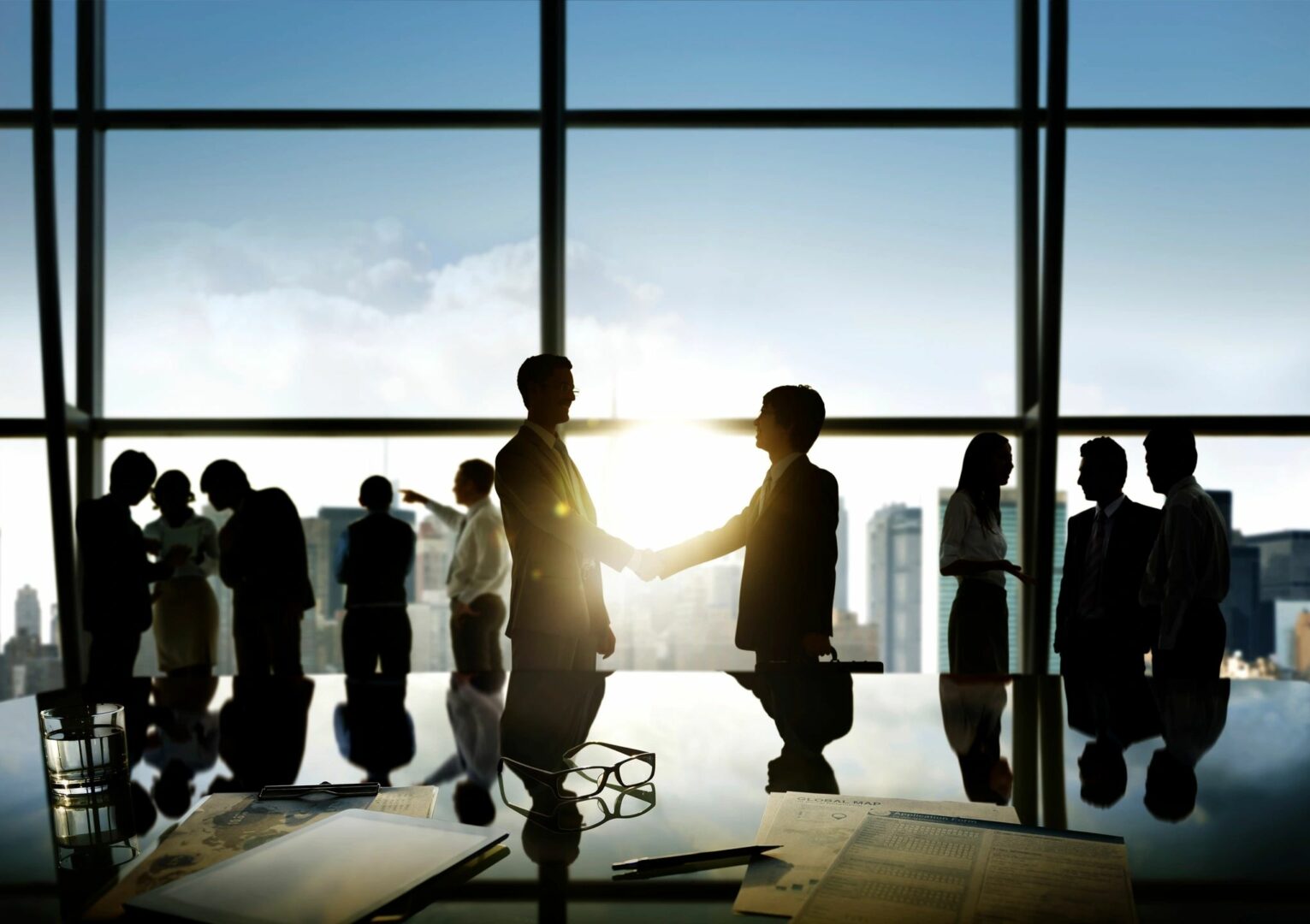 ParaComm International consulting practice focuses on introducing new ways of thinking and leading that produce unprecedented results in multinational organizations. We use leadership language, tools and practices that transform how people observe their environment, effectively allowing them to see new possibilities and make extraordinary commitments that result in breakthrough performance and the transformation of their organizations.

Typically, engagements begin with an initial three to five-day leadership ‘retreat’ to engage tough questions and straight talk relating to the organization’s existing culture and “the way it is around here”. The outcomes of this initial ‘defining moment’ with the business leader and their senior team include: a vision of a future that is unpredictable, clear strategic priorities and accountabilities, four to six breakthrough projects to support the realization of the vision, and a structure for fulfillment for accomplishing and managing unprecedented results.

An engagement will normally require one to two years to reach a point of ‘natural sustainability’ in which the ‘new’ culture has become “the way it is”. Our role after the initial design session(s) is generally limited to coaching cross-functional project teams and intervening when the ‘old’ culture attempts to assimilate the new ideas into more of the same.

Throughout any consulting engagement, we also coach the CEO and selected executives with respect to their leadership objectives and style

Some of ParaComm’s accomplishments include the:

Each of us has our own story of ‘how the world works’—a story we believe is true. This belief limits what we can see and the choices we have available to us in each moment. Coaches observe the world in another way, see possibilities we cannot see, and engage us in exploring our story, our commitments and our actions.

At ParaComm International, we are committed to your commitments. Our goal is to be your collaborative partner in creating breakthroughs to generate the future you want and to be totally present in the moment with you in every coaching interaction.

We offer on demand virtual coaching as part of every client engagement. Whether working at a national, international or global scale, our principals and associates make themselves accessible virtually—as well as in person—as committed partners to accomplishing specific results. We stay connected to you and your people wherever you are in the world using multiple technologies—from videoconferencing and webinars to emails, text messages and conference calls.

Working virtually with a ParaComm coach, leaders and their teams stay engaged in:

ParaComm International works with leaders and innovators who are committed to transforming their organizations and bringing about substantive and sustainable change. Relationships with the following people and organizations form the foundation for our contributions.

This collection of Jim Selman’s essays written between 1998 and 2010 was released August 2011. These writings reveal his perspective on leadership as a linguistic phenomenon and a constant process of transformation based on personal responsibility and commitment. A worthwhile read for leaders who are committed to creating the future for themselves, their organizations and the global community. Purchase through Amazon.com here. Kindle edition here.

Listen to this 25-minute interview on organizational culture change, conducted by Dr. Marc Cooper in August 2011 as part of an audio series developed to address large-scale shifts currently happening in the dental industry. Visit The Mastery Company to listen online or download the MP3 file.

ParaComm Partners is pleased to share this recently launched award-winning, two-minute film by Lauren Selman. “I want to be me”, a ParaComm Partners production, was submitted as part of the ‘Possible Futures’ film competition sponsored by FourYearsGo and the Pachamama Alliance to encourage participants to express their vision. The film demonstrates in a simple yet powerful way that “Who are we?” is the central question for transformational leaders and the foundation for creating a future that works for everyone.

We are pleased to announce ParaComm Partner’s affiliation with The Praemia Group LLC and the Business Alliance for the Future. Praemia Group coaches, develops and supports business leaders in producing unprecedented results that serve all stakeholders and positively impact the environment, society and the global economy.

The Alliance, led by Vince DiBianca, was formed in 2010 to focus on working with leaders towards innovating and shifting their business models to be aligned with a long-term vision of a world that is sustainable, just and life-enhancing. Alliance members, inspired by the FourYearsGo movement, formed a network of very senior management consultants and coaches committed to transformational technologies and the premise that the decisions and actions all of us take in the next four years may very well have an impact on the next 1,000 years.

The best current scientific thinking suggests that most of the essential environmental and social systems on the planet are reaching critical breaking points—that we may be approaching the ‘point of no return’ in terms of time and resources to reverse adverse trends. FourYears.Go is a global initiative to accelerate and empower leaders and organizations already at work to effect large-scale systems change and shift the course of humanity.

In 2006, Mr. Selman was involved in a groundbreaking coaching conference in Vancouver, British Columbia. Forty-three key thought leaders from 14 nations gathered to discuss the current challenges facing the coaching industry and to invent new possibilities for moving the profession forward.

Two years later, Jim participated with 22 other transformational leaders and officials in the United Nations to begin a dialogue to distinguish the emerging leadership paradigm and how transformational leadership principles might offer a breakthrough in empowering developing nations and assisting leaders in those countries to undertake full-spectrum responses to their most pressing issues and intractable problems.

For the past three decades, Mr. Selman has been committed to transforming the paradigm of aging. In 2006, he founded The Eldering Institute® in collaboration with Shae Hadden and Adib Saikali, distinguished Eldering, and created several products and programs to transform people’s experience of growing older. The Institute currently provides support, training and development, books and materials for those engaged in changing the cultural conversation we have about aging.

In February 2011, Jim released The Elder, a fable he co-authored with Dr. Marc Cooper, that will change the way people in America look at aging forever. Read more about the principles of Eldering, subscribe to his blog, Serene Ambition, or become a fan of his Huffington Post column. 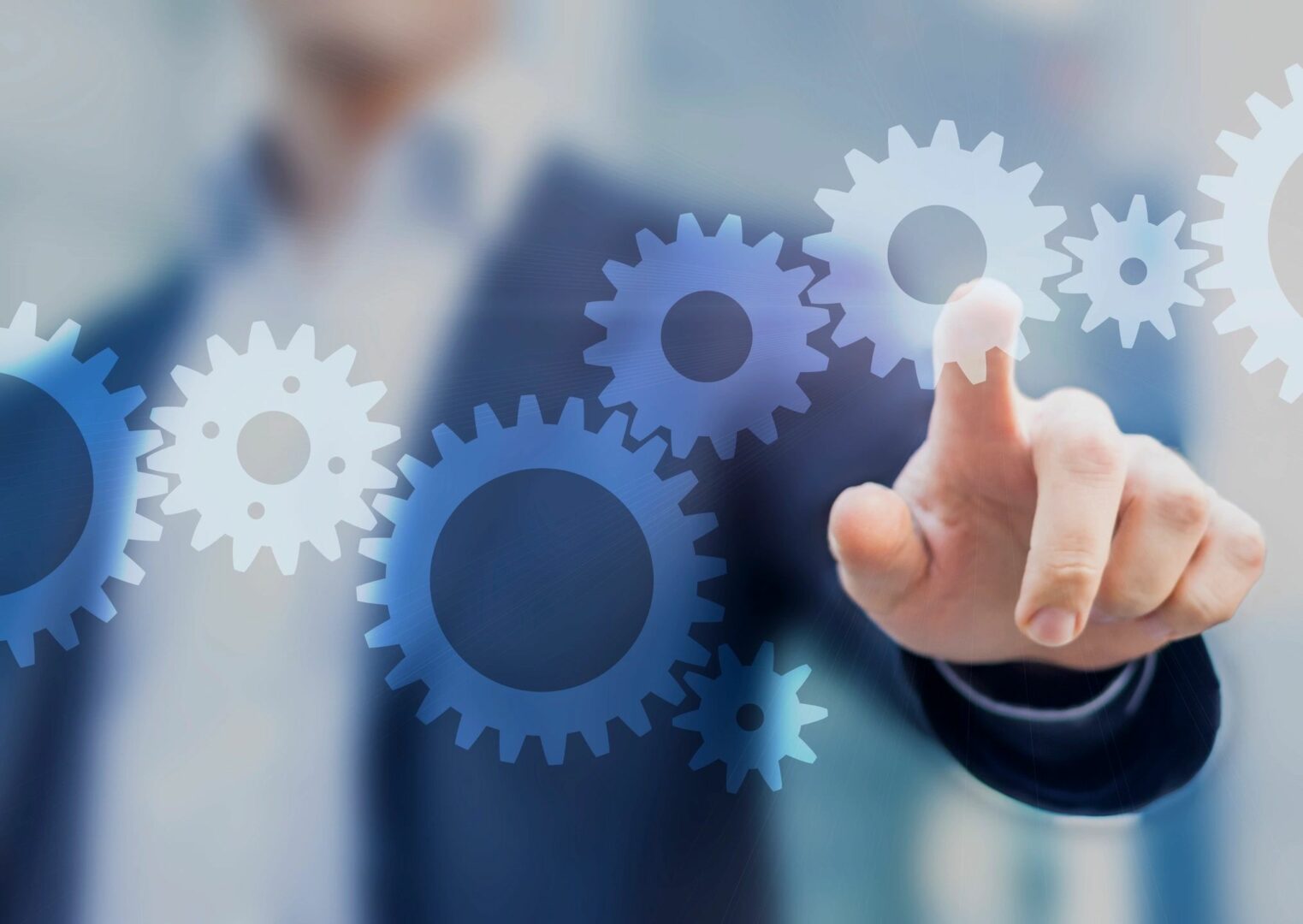 Measuring the ROI of human capital and organizational development work is paramount to us. Real success relies on a shift in the individual employee’s mindset. From our perspective for fundamental change to occur, the change in mindset means a “shift in a person’s ground of being” or attitude at a very deep and sustainable level. When this occurs, behaviors and moods change naturally.

The following are some examples of the types of results that have been achieved with projects and clients we have worked with.

Objective Achieved: move the company from #2 to #1 cell phone company in the country. 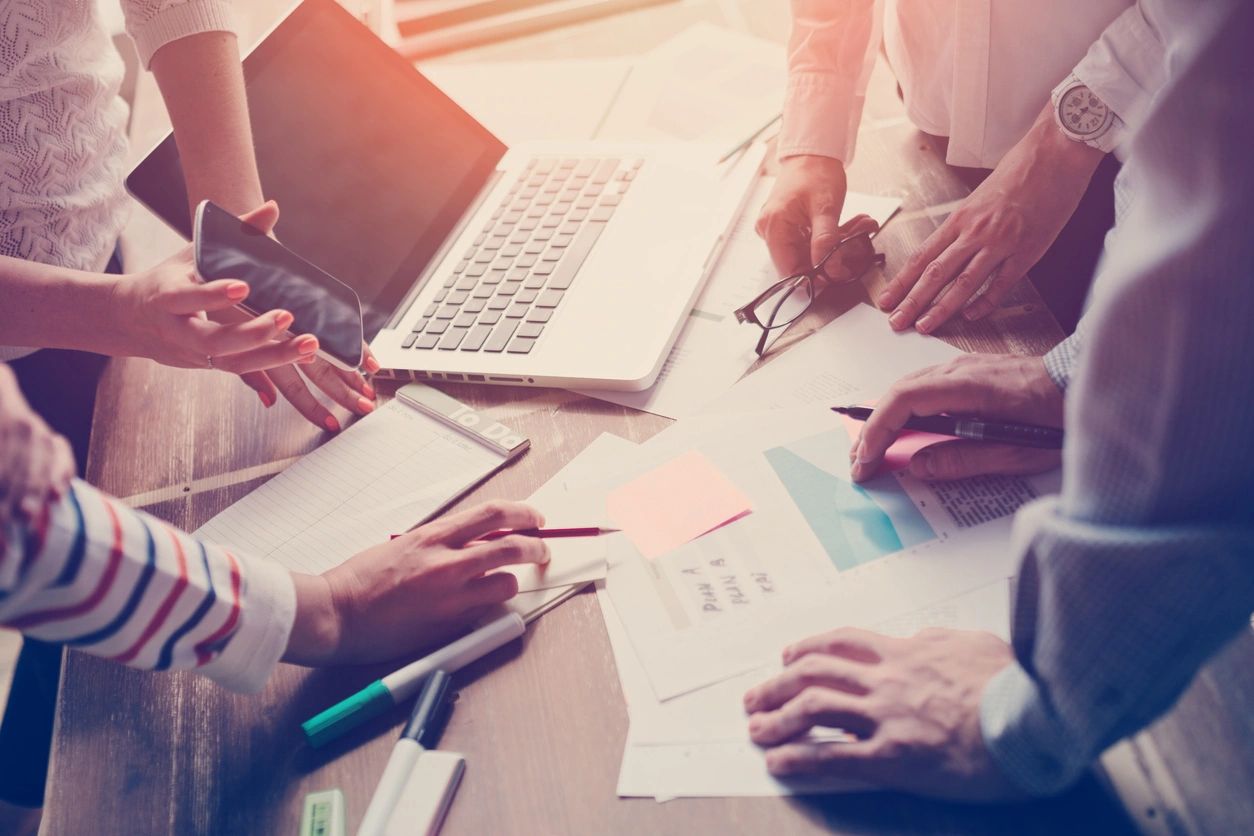 The overall objective was to create a ‘transformational leadership culture’ capable of sustaining the kind of entrepreneurial energy and mindset that has marked Vodafone Turkey’s success since 2009 and extend it beyond top levels to become the market leader. This required a different behavioural leadership approach and competencies that Vodafone Turkey demonstrated in survival mode 2009 – 2013.

The key commitment, was to become the market leader in the Turkish cellular communications business, Vodafone along Paracomm initiated a company wide initiative to realize that commitment.

The key commitment, was to become the market leader in the Turkish cellular communications business, Vodafone along Paracomm initiated a company wide initiative to realize that commitment. This initiative “Transformational Leadership” focused on the top 250 executives and managers, then spread to the other top 1,000 people in the company. After the first 13 months working with Vodafone Turkey, they were voted the “Best place to Work” in Turkey with companies over 2000 people. Since our work with ParaComm, market share has continued to progress and we are now the market leader.